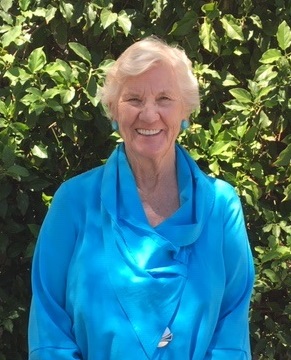 Congratulations to community leader Mary Prochnow who will be honored, along with Atlassian and Mountain View Central Seventh-day Adventist Church, at our annual Hometown Heroes awards breakfast on Thursday, September 12 at the Computer History Museum. Click here for more information.

We asked several people to share some of the first things that came to mind when they think about Mary Prochnow. “Pragmatist, smart, regal, thoughtful, community leader, caring, funny, generous, wise, the kind of person you want as a friend” were just a few descriptors we heard. After chatting with Mary and reading about her many accomplishments over a 30+ year real estate career, we have one more: trailblazer.

Born to first-generation parents from families with limited means, Mary credits her mother and father for instilling in her a solid set of values.  “They were wonderful role models, always leading by example and fighting for the rights of people who were treated unfairly.” Her mother left high school to help care for her eight siblings after her father died, but still managed to become a successful realtor, “dragging Mary along to land auction sales for early training.” Mary grew up in San Francisco, attended Notre Dame de Namur and after briefly considering  the religious life, married an artist and had a daughter who has since followed in her realtor footsteps.

When Mary first started her career in the mid-60s, women were still primarily homemakers or in female-dominated professions such as nursing and teaching. At 26, Mary was already a trailblazer, going to work for Merit McBride Realty where she went on to help grow the business from 9 to 22 offices throughout the Bay Area and managed 500 agents. In 1974, she was named Vice President, moved to the Bay Area in the early 80s, and opened her own firm, Mary Prochnow Realtors, Inc., in 1990.

Blazing trails again, this time in the area of public service, Mary was one of the first two women joining the Los Altos Rotary Club after the international organization began to admit women in the mid-80s. Over the years, she amassed many honors and distinctions, including the Los Altos/Los Altos Hills Volunteer Service Award, Board of Realtors Public Service Award, and the 1992 Los Altos Realtor of the year for “unselfish, dedicated and superb leadership and service.”

But she is most proud of her role on the Rotary AIDS Project (RAP), a documentary in 1990 profiling three Los Altos Rotarians whose lives were forever changed by the AIDS epidemic. The resulting video, “The Los Altos Story” was distributed world-wide, received the Peabody Award and was shown on television without commercial interruption. “The AIDS video project was the greatest opportunity I ever had to make a difference in the world,” says Mary. “It definitely changed attitudes at a time when there was a lot of fear, a lack of understanding and a bias against people with the disease.”

Mary is delighted to be selected as a 2019 Hometown Hero. “There are so many people who form the fabric of our community and make a difference in our daily lives who are struggling to get by. While we are beginning to address the issues of affordable housing, the reality is that progress is slow-going and a little bit at a time. I am so grateful for the work CSA does to support our neighbors in need.”